Workshop with Eimear Burke, chosen chief of the Order of Bards, Ovates and Druids.

From Friday 15th - Sunday 17th of October 2021 we had a marvellous workshop with our chosen chief Eimear Burke.

This workshop will be repeated! So there are new changes to attend. When you’re interested: sign up for our newsletter and we’ll keep you informed.

In this weekend workshop you will have the chance to meet Eimear Burke, our chosen chief of the Order of Bards, in a small group of people and to learn more about her teachings.

In the workshop we will look at Ancestry from three different strands:

Details on location, prices etc. will be shared as soon as we have a date for this workshop. 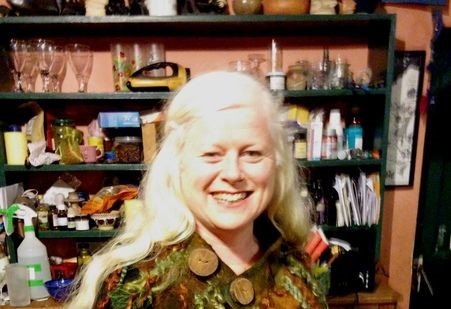 Eimear lives in the village of Three Castles, near Kilkenny in Ireland. It is in a rural area and includes a ruined tower, which these days functions as a temple and ritual space.

She works as a Psychologist and sees adults, adolescents, children, couples and groups. Amongst others she works as a supervisor with Psychotherapists, Psychologists, Social Workers, Advocates, and Substance Abuse Workers.

With her late husband, Howard Campbell, Eimear founded the Kilkenny Druid Grove, which is based at her home in Three Castles in Kilkenny. The Grove hosts celebrations for all eight festivals in the Wheel of the Year. The ceremonies are attended by Druids and Pagans of all paths, as well as by people from all sections of the local community. Her aim was to promote Druidry as a creative way of living in balance with the natural world.

​Her work as a celebrant means to Eimear that she can create and facilitate rites of passage for people, marking all the important events in life from baby namings to funerals. She particularly enjoys performing handfastings, and is licensed to carry out legal marriages in the Republic of Ireland.

Eimear is also a Priestess of The Fellowship of Isis, with that work she honours the Goddess and the Divine Feminine in all her forms.

She has a deep love of the ancient Irish tales and therefore has a passion for storytelling. She brings the old tales to new audiences, and - while remaining faithful to the stories - often examine them from new perspectives, so that listeners experience them as fresh and relevant. As a storyteller Eimear takes a particular pride in continuing the oral tradition of Irish folklore, and focus on Irish mythology. 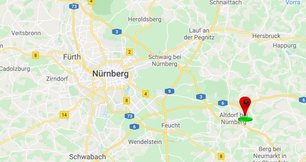